This is the third installment of the series of posts where we cover the new features and changes the upcoming 0.85 (aka Steam Early Access) update delivers to Voxel Tycoon:

Passengers are arriving to Voxel Tycoon 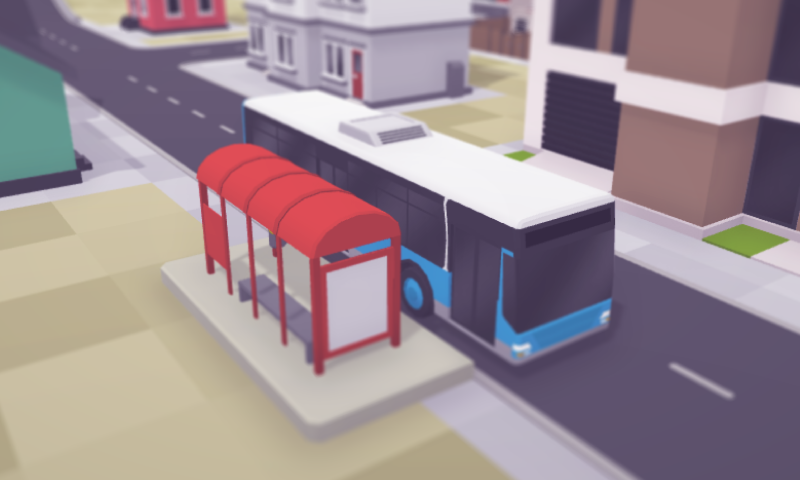 In every house in the city, there are people living! And they don’t just sit tight in their flats but have a desire to commute to other places and eventually get back. Now, it’s your responsibility to enable them to reach their destinations. And there’s a whole new fleet of vehicles specific to transferring passengers ready to help, from buses to passenger rail cars to hi-end multiple-unit shuttle trains!

After you build a station in a city, hop into its window to see passengers that would like to take a ride from that station and where they want to go. 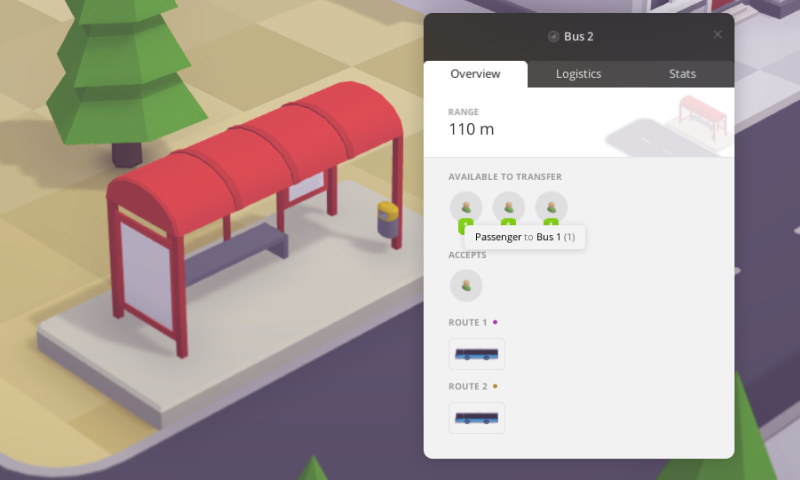 Back and forth traverse mode

A usual passenger route often goes through many stops in one city where a bus collects all the available passengers, and then they are transferred to many stops in the other city. Then the same has to be repeated backward.

This results in massive schedules with many stops repeated which is a bit cumbersome to set up and maintain. To address this, we’ve introduced alternative schedule traverse order, called Back and Forth. 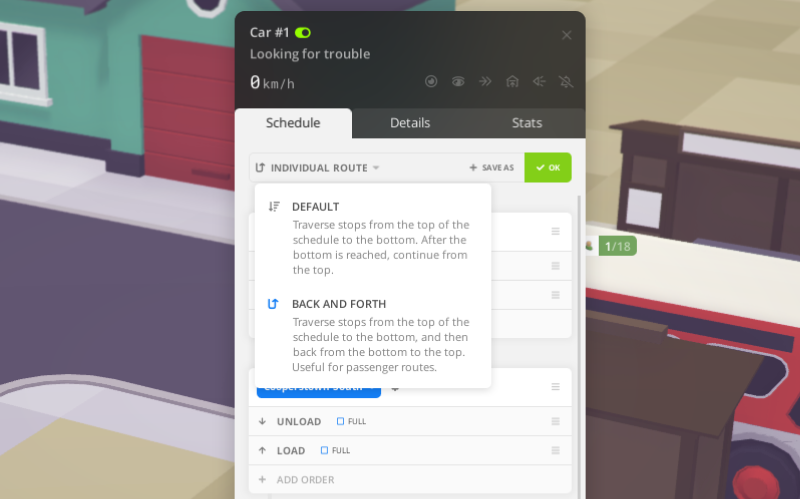 When it’s enabled, a vehicle will traverse from the top of the schedule to the bottom and then back, resulting in a much more compact list of orders with the same functionality. 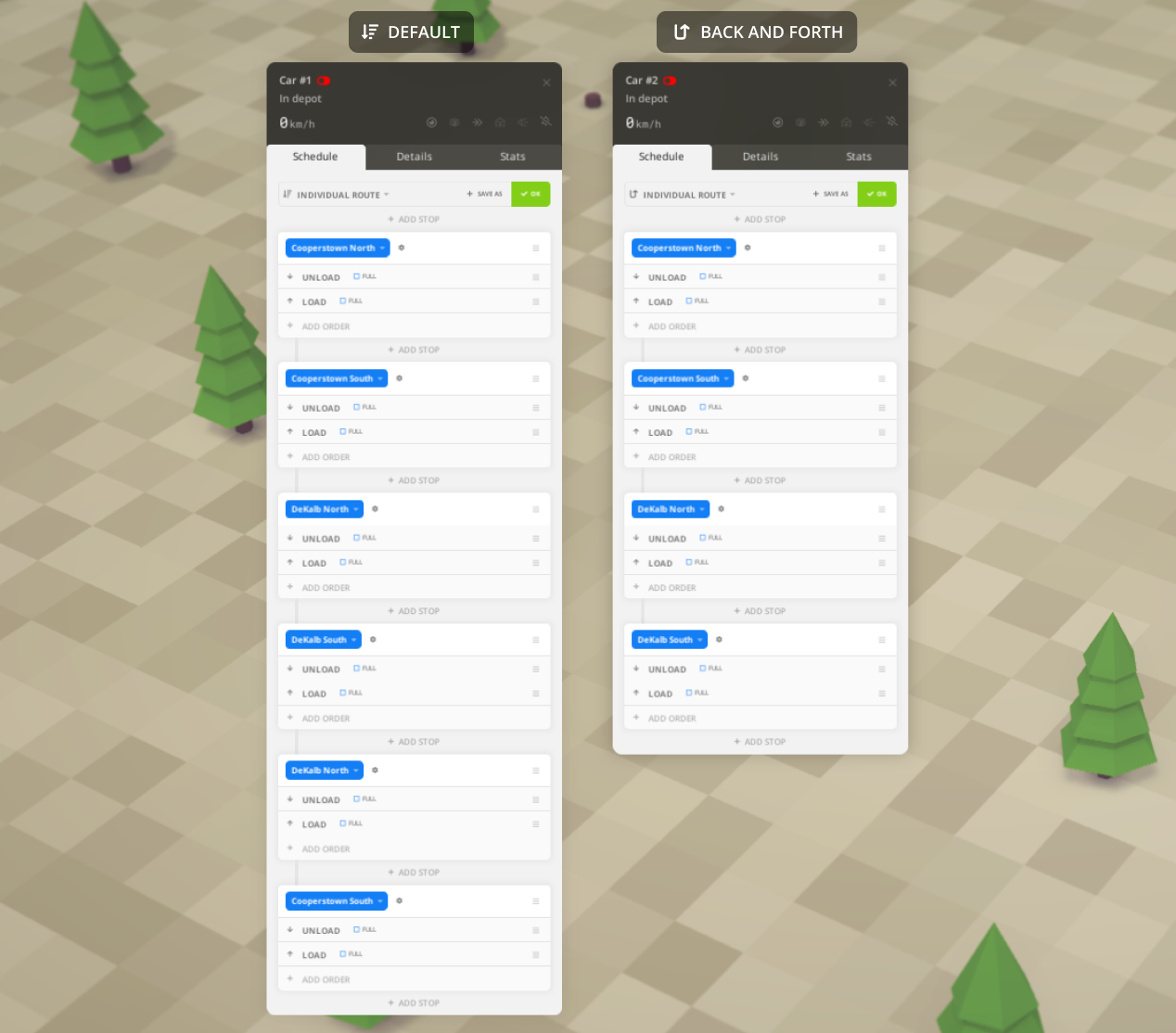 Same schedule with default traverse order vs Back and forth

Shuttle trains are trains that have driving cabs on both sides, and that allows them to move on both sides at full speed without changing their direction on stations. This feature was already introduced in one of the previous updates, but it didn’t have many applications before. Now, with passenger trains added, and especially in conjunction with back and forth schedules, shuttle trains allow to build more clean and effective designs.

We’ve completely reworked the city window for 0.85. You can now see the state of all aspects of the city’s well-being, including the new passenger card. 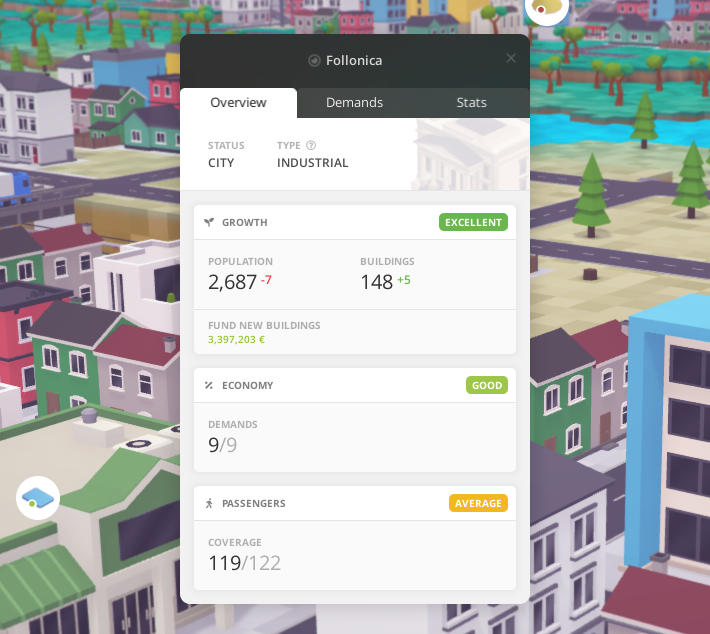 Not to mention, it has a new look which is in line with other game windows now.

Another thing that you can notice from the City Window is the city type. From 0.85, each city will have one of these types: industrial, tourist, or mixed.

Industrial cities depend more on supplying stores and industries for rapid growth, with passenger transportation still contributing but to a lesser extent.

Tourist cities, in contradiction, more dependent on the coverage by passenger transport and passenger satisfaction.

Mixed cities depend on both of these aspects equally.

To make placing stations easier in the dense city environment, we’ve enabled auto-demolish when you’re building them. Keep in mind that demolishing city buildings still costs money (a lot), so plan carefully! Another feature is auto-level - it will help you to place a building in a bumpy environment - but again, for your money!

An amazing design of a non-blocking intersection by refreshfr 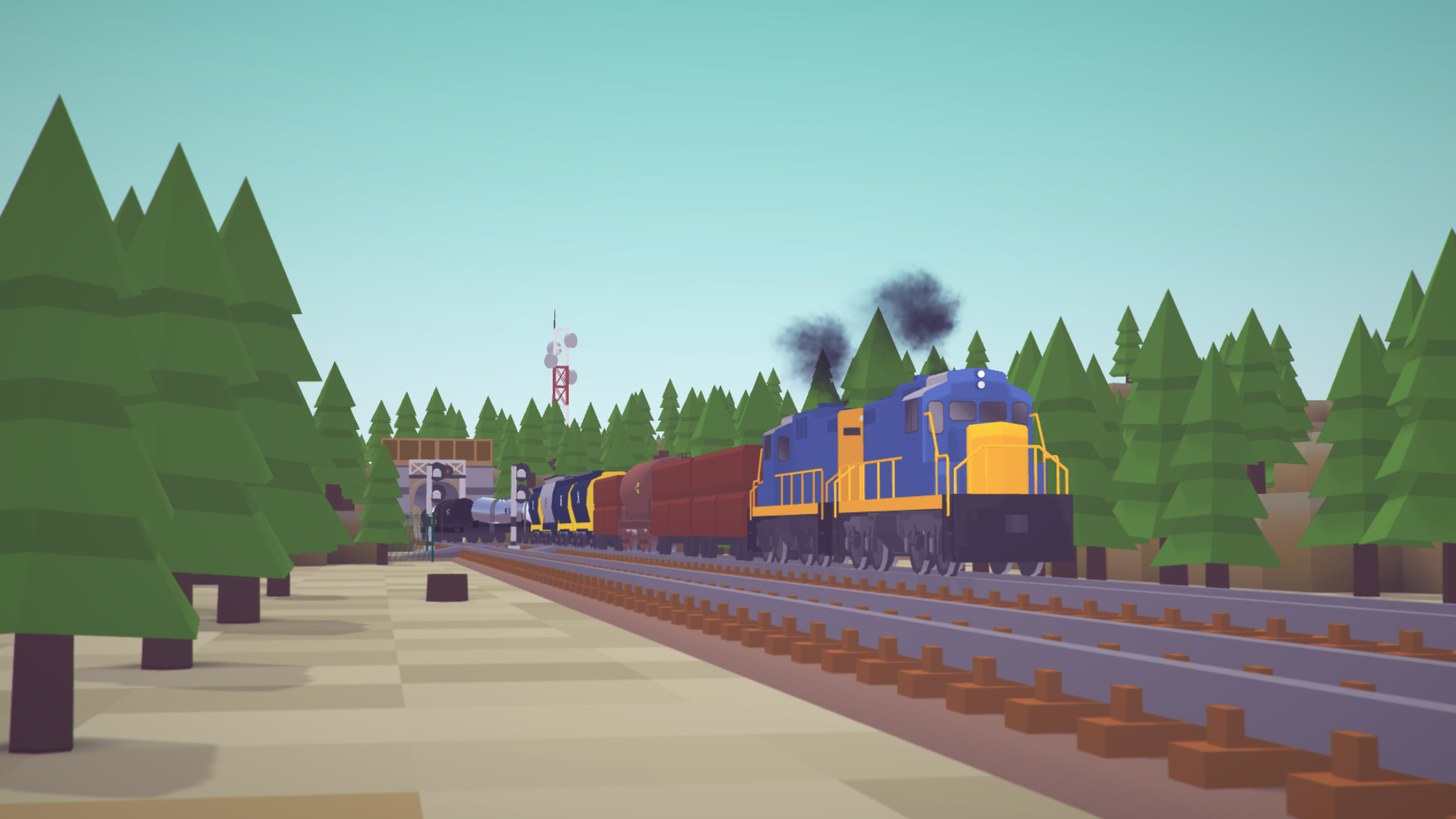 Can’t wait for your feedback

That’s just our first attempt at how we see passengers. We plan to iterate on them during the Early Access: for example, in the short-term, we want to teach passengers to switch vehicles and even modes so you could build more sophisticated and interesting routes. We can’t wait to get your hands on the 0.85 update and hear your thoughts. Oh, and we have something to announce soon, so stick around!

Previous post
Coming in 0.85: A new way to set up a schedule