Halloween is behind us and now we’re back to Voxel Tycoon development. While we continue pushing the game toward a closer-than-ever alpha release we invite you to read a little retrospective on how we celebrated this holiday with our community in the past, and especially focus on this year and why it’s important.

This was back in the days when we were working on Voxel Tycoon in our spare time. Not so much effort was put into the Halloween post - we basically recolored some biomes and trees to get the spooky look: 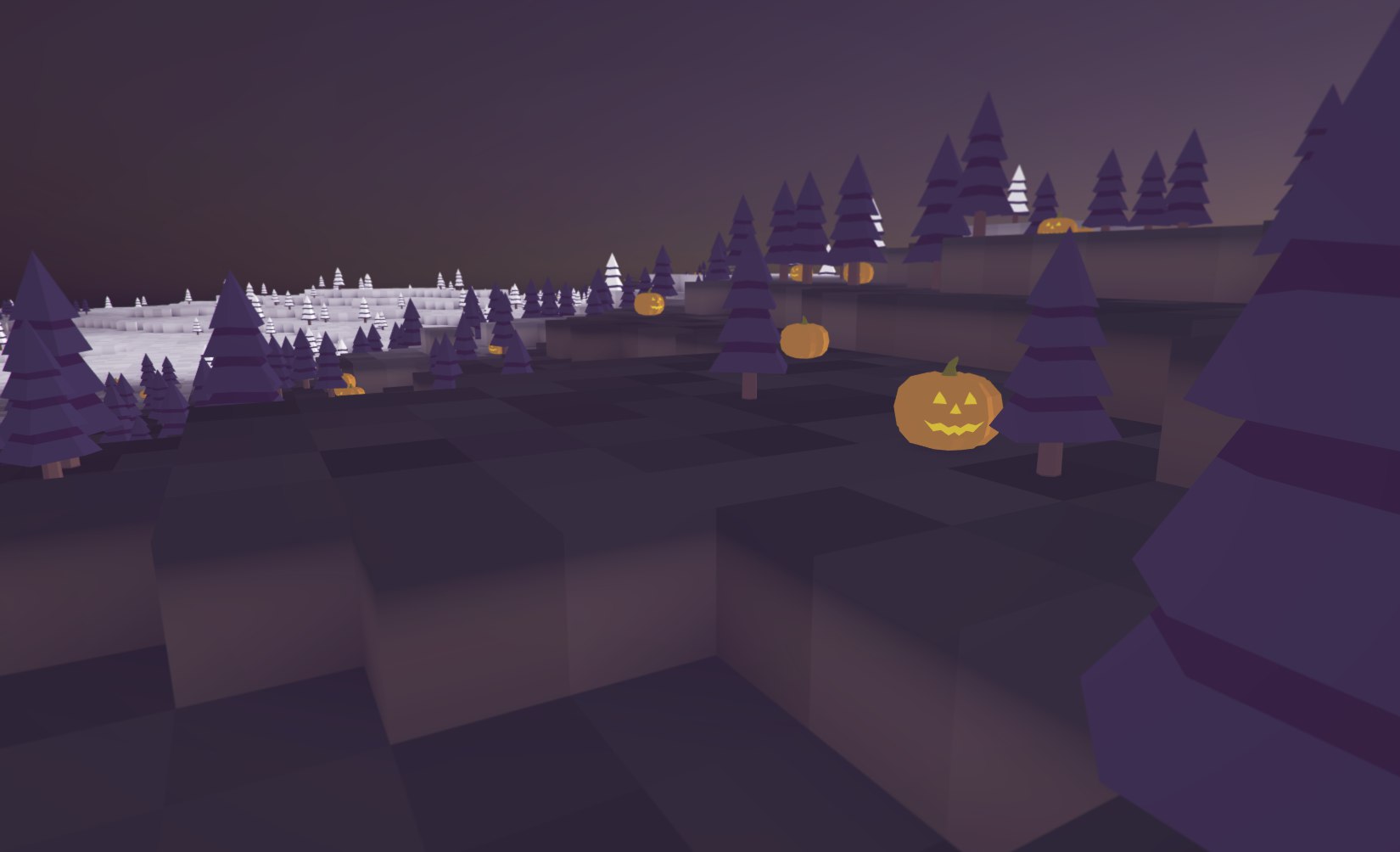 It was the moment when the famous Pumpkin was born

Next year the celebration caught Voxel Tycoon far deeper in development. We had already left our jobs to that moment, the first iteration of SDK was released to the community, and an even more important milestone was reached — the game was Greenlit on Steam (just days before the Greenlight system was retired, lol).

This time we put a bit more into the Halloween post and made this annoying GIF that tests your patience. Of course, we added a classic WHAT WILL HAPPEN? WATCH TILL THE END TO FIND OUT! clickbait for more fun.

It actually resembles another cool GIF 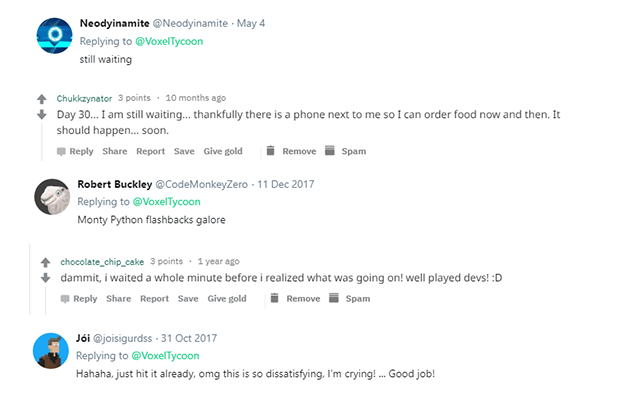 As some of you may already know, this year we went a little further:

Yes, this is an action game built on top of Voxel Tycoon, called Railroad to Hell 3. It was developed in less than a week so that it was in time for Halloween 2018.

While simple, it’s absolutely complete: you have to break through dozens of waves of pumpkins that are trying to kill you. You are equipped with 3 completely different weapons, fine-tuned to give you a unique experience and encourage you to use different tactics with each of them. Don’t forget about an upgrade system for 6 stats, 3 tiers of… anyway, you can test it by yourself right now.

Wait a minute, what the hell? Isn’t Voxel Tycoon an economy strategy about transportation and factories in a friendly voxel world?

…you may be asking yourself at this point. And it’s about that for sure! Railroad to Hell 3 is a completely independent project (we call it a spin-off just for fun). The spin-off, however, was intended to not just entertain but to provide some important benefits to the development of Voxel Tycoon as well.

What we got from it

First of all, we chose a completely different genre and setting for a reason. It allowed us to test the extensibility of the engine, i.e. how far mods can be pushed to add new functionality, or change existent. While RTH3 is not true mod at the moment, eventually (some time after the VT alpha release) we want to convert it to complete example that demonstrates modding using both content and custom scripting ways.

RTH3 uses the same save data as its big brother. This means that when VT will out you could shoot some pumpkins in your own worlds by providing saved games to RTH3. 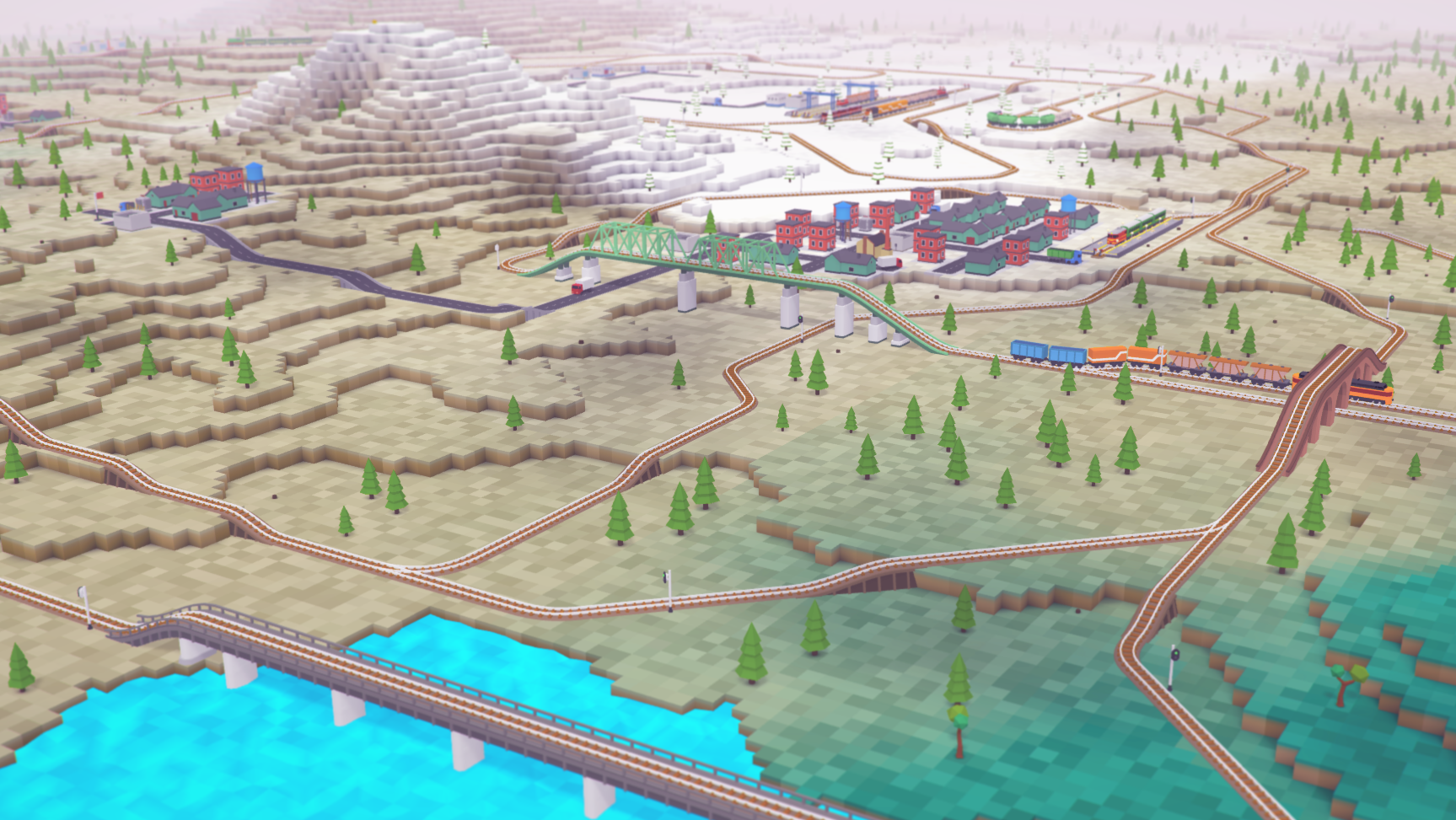 Another area where RTH3 was beneficial is explosions. There are not so many of them that happen during the normal life of a tycoon, but in no way can you avoid them in RTH3. We received some valuable intel while destroying enemies and the surrounding environment.

There was one more strong challenge - game design. We started to work on the RTH3 without any grand plan in mind, and through a series of quick, short iterations come to pretty satisfying result.

Finally, distributing the game via itch.io allowed us to setup and test an automated build system that will be in very active use when VT comes out.

At the end, the switch to this completely different project cleaned our heads a bit before the final sprint to the alpha release of Voxel Tycoon. 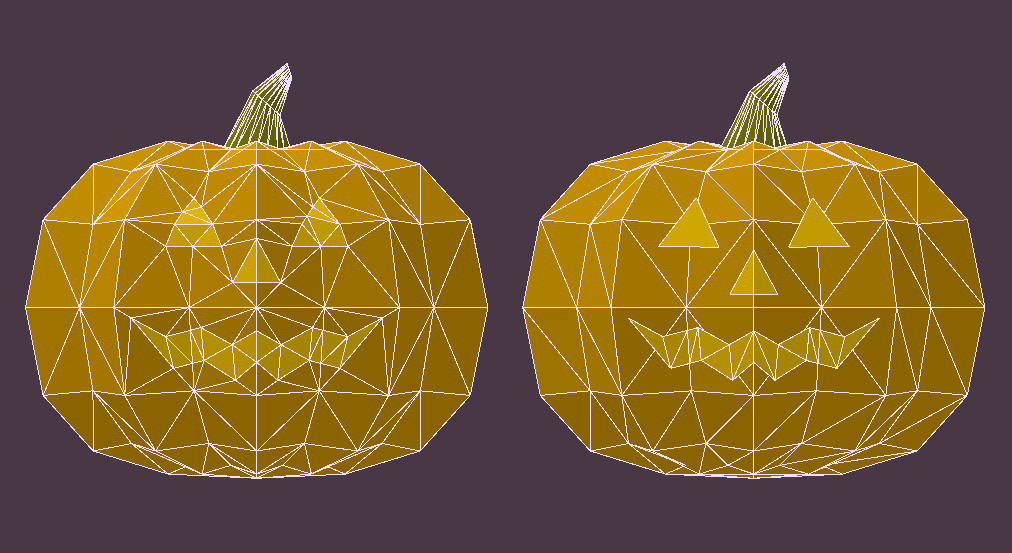 The Pumpkin has not been left out and received a facelift, 0.00001% performance boost confirmed

In case you haven’t yet, we encourage you to go and play it right now while you are waiting for Voxel Tycoon. Of course, if this is your kind of game!

Keep in mind that all the money from sales go to support of development of Voxel Tycoon. Thank you, and see you in the next post, where we return to the gameplay mechanics of VT!