Devices with multiple outputs, language, currency, and names modding, and a few fixes

This is an intermediate update mostly focused on modding improvements, but also has some fixes inside. Check the full changelog if you are really curious.

Support for devices with multiple outputs

The recent lock of device inputs/output directions made possible the new feature that was requested by modders for quite some time already. This update introduces support for devices capable of producing more than one product. Even more, products now can have different probabilities of yield.

For example, it is now possible to create a device that will process raw coal and output charcoal every time, but also - with a very small probability - it can output a shiny pricey diamond.

Or, there could be a uranium ore processing device that will yield the regular uranium 99.99% of the time, but also there’s a 0.01% chance of outputting some rare isotope.

The main intended usage of this feature is devices yielding byproducts, but we are sure that our awesome community will find many creative ways to (ab)use it!

To accommodate the new feature we had to redesign how product recipes are displayed in the device and recipe picker windows. 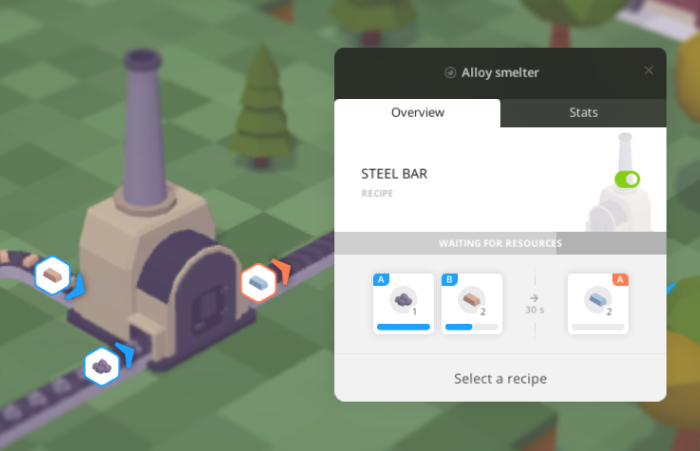 The new design allows displaying more than one output product, output probabilities, as well as exact inputs and outputs assignments.

There’re also new device indicators that show input and output directions and locations in the world, as well as the items expected to come in and out.

And they are not just here to inform, they are also interactive: clicking on it allows you to configure item assignments.

Our intention was always to make Voxel Tycoon as moddable as possible. But not every type of asset easily supports this.

For example, the currently selected language is loaded just as the game starts. If this language comes from a mod and the player decided to unsubscribe from this mod, from the game perspective an asset required to even show the main menu is just missing, and the game won’t be able to start. The same applies to currencies and city names assets, since they are also used in the main menu.

Thanks to the new error handling system, the game is now able to gracefully handle such situations. So, we’ve implemented the missing parts and now the modding of languages, currencies, and city and people names is finally possible. 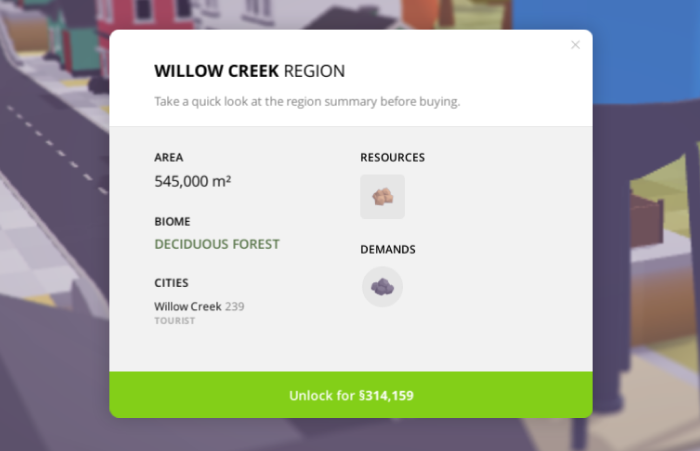 It's time to reticulate some splines for some serious §§§

Items no longer got vaporized inside devices between sessions

In the process of reworking the device window, we have also touched the devices’ internals a bit. Besides other changes intended to streamline devices’ logic flow, we have fixed the issue that was in the game from the very beginning: previously, items inside devices were not saved between sessions, and effectively they just got vaporized when you load your game. While it wasn’t such a big problem in most cases, it’s always better to know that your hard-earned products are safe now.

That’s it for now

This is probably the last minor update for the 0.87 version. Stay tuned for what’s coming next!