It’s been a whole year already since the Voxel Tycoon arrived to the Steam Early Access.

We remember that mix of excitement and fear boiling inside our souls on the day when we hit the Release button like it was yesterday. And we are not sure what of those feelings were prevailing at that moment!

Fortunately, you liked what we’ve created. You gave us amazing reviews, bringing the Voxel Tycoon to the Very Positive overall review level. You wrote a ton of helpful feedback on our bug and suggestion trackers. You made guides and videos to help other players. You created lots of creative mods, expanding the game with new content and gameplay. You helped to make the Voxel Tycoon what it is today.

Thank you very much for that 💜

However, our ride is far from over. There’re a lot of things yet to be done on the way to the full release (aka 1.0). And we hope you will find it joyful to experience this adventure together with us.

The first year in numbers

Not bad, but not enough. We want to do more in the Year 2.

The second year of the Voxel Tycoon Early Access promises to be more feature-rich and productive. Hopefully, over time we gain a better understanding of how to properly manage the development process. The hustle and bustle of the release have settled down, and now we can speed up our work without compromising quality.

In the coming months, you can expect the release of features that were discussed in the previous post: the demands rework (aka Contracts) and the vehicle obsolesence. And later this year we expect to introduce the long-awaited rails and roads rework, including level crossings. Of course, this is not everything that we’ve prepared for you in the Year 2, so stay tuned!

Bonus: the first image of Voxel Tycoon ever known 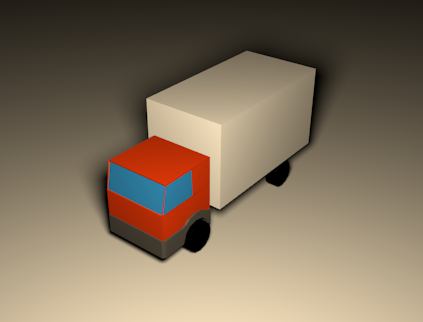